﻿The record of this government is one of broken promises, with the rich unaffected, while those who depend on public services and those least able to defend themselves, are the hardest hit.

Cuts in all vital family services
Cuts in child welfare, in funding for disadvantaged schools, stripping medical cards from the sick, the disabled, the terminally ill, wringing their hands as the number of homeless families soared, hundreds of children with not even an appointment to see a social worker, much less have one allocated to care for them. The list of broken promises is painful and endless.
But one of the most blatant was the vicious attack on Lone Parents by Labour Leader Joan Burton, when she slashed the Lone Parents’ allowance but insisted that they would be better off as a result.

Burton Broke her Big Promise
Three years ago she promised that she would only cut the One Parent Family Payment if she got a credible and bankable commitment on affordable and accessible childcare, similar to the system in Scandinavian countries. Now, a lone parent working 20 hours a week on minimum wage, with one child, will have lost a total of €108 a week due to the recent cuts inflicted by Burton. So, we now have a situation where many parents simply cannot afford to work. These cuts are anti-family and anti-women, and are the exact opposite of what any decent government should do.

Fianna Fáil will reverse the Lone Parent’s Cut
We already have the most expensive childcare in Europe and young families are being squeezed from every angle, with cuts of €50 in the Back to School Allowance, but with many families being deprived of the allowance altogether. Fine Gael and Labour have abandoned lone parents and working families who are struggling to make ends meet.
Fianna Fáil will implement a full and immediate reversal of the cuts to Lone Parents if they are back in government, and fully support any new government in implementing such a reversal. 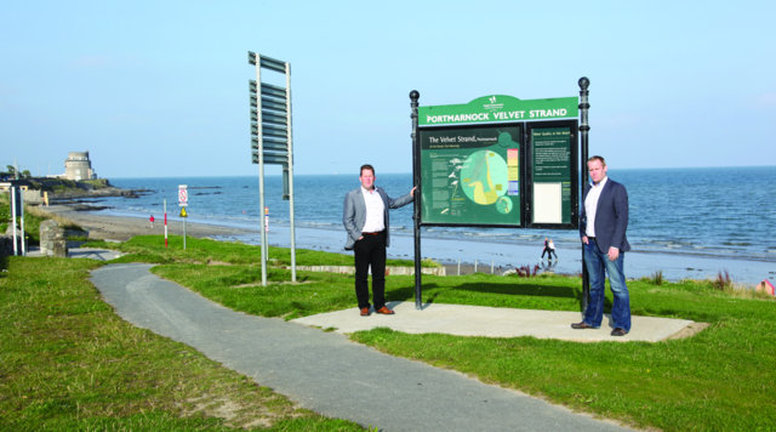 Fianna Fail introduced the Carer’s Allowance in 1999.  It was granted to all Carers providing full-time care and assistance.  That is still a key priority for Fianna Fáil.  The current Government has implemented severe, uncaring cuts on this most important section of our society.  Carers have become more distressed and frustrated every year as they see their allowances slashed or removed entirely. This is a recipe for widespread social neglect.
All Carers, whatever their means or social insurance contributions, should be entitled to the Carer’s Allowance.  Fianna Fáil is deeply opposed to the vicious cuts that have been forced through by this Fine Gael-Labour Government which have actually penalised 70,000 wonderful Carers across this
country.
Fianna Fáil believes that Carers play a vital role in our society, looking after an older person or person with a disability in the community, at a significantly reduced cost to the state.
Despite the huge sacrifices they make on a daily basis in our name, this Government has chosen to undermine their selfless work and slash their funding and allowances over the past three years.
Here are the steps Fianna Fáil proposes to take to improve the conditions of Carers:
›  We will re-introduce a Mobility Allowance or Motorised Transport Grant.
›  We will abolish Prescription Charges.
›  We will re-consider the Household Benefits Package, including the reconnection of a telephone line for Carers.
›  We will strive to have resources collected from the Property Tax used at local level for schemes such as the Housing Adaptation Grant.
›  We will closely examine the possibility of placing Home Care Services on a Statutory Basis.

The present Fine Gael-Labour government has pursued a cruel policy of continuously cutting away public support systems for women and their families, which had been in place for many years. From 2011 on they have cut Children’s Benefit, Back to School Allowances and One Parent Family payments; they have taxed Maternity Benefits; and they have failed to deliver the affordable and accessible childcare for all that they promised.
All the budgets from 2011 to 2015 have been anti-family and anti-woman because mothers have been hit hard by reduced benefits, extra taxes and unaffordable childcare provision.
The Labour Party said that protecting Child Benefit was a pre-condition to entering government, but in Budget 2013 they threw those promises aside and inflicted another deeply unfair budget for working families. Women have felt the effect of Labour’s broken promises more than most because Child Benefit was always a vital source of income for mothers that they could depend on.

Restore Lone Parent Allowance
From July 2015, Lone Parents with children aged seven and older will no longer be entitled to the one-parent family payment. A lone parent, working 20 hours per week on minimum wage, with one child, will have lost a total of €108 per week when all the measures have been implemented. Lone parents who cannot obtain enough hours to qualify for family supports, will be in an even worse situation. We already have one of the lowest rates of female labour-force participation in the EU, and cutting the lone parent allowance will drive those numbers down further. We will restore the Lone Parent Allowance up to age 14.

Repeal Tax on Maternity Benefits
The Fine Gael/Labour government has taxed maternity benefits, adoptive benefits and health and safety benefits since 2013. Not surprisingly, there was an increase of 23% in the consistent poverty rate for one-parent families, in just that one year of 2012 and 2013. That’s the dismal family record of Labour and Fine Gael.We in Fianna Fáil will repeal that tax on Maternity benefits.
We will do everything we can to put the family back at the centre of our political considerations.We will extend Maternity Leave from 26-30 weeks, to give parents more personal time with their young children during the extremely important first few months.We will implement a Free Preschool Second-Year for 3-4 year olds, and give a €2,000 Tax Credit to be set against Childcare costs.