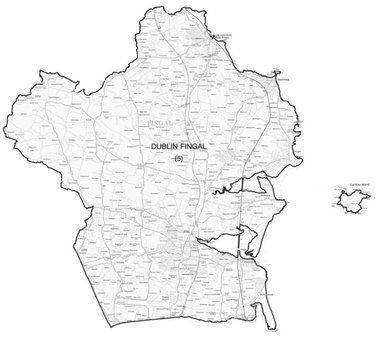 ​We will not accept second best for Fingal
Our local transport system links our people and our businesses to the Dublin City Region, via what should be a rapidly expanding integrated transport network. Businesses and consumers benefit from the well-developed road infrastructure but there are glaring deficits on the Northside, with capacity and integration the key ones. The Dublin Metro and the DART Underground are absolutely essential for our ever-growing city, most particularly in North County, the fastest-growing county in the country.

Northside has got a bad deal
If we add up the transport monies spent on the southside of Dublin over the past twenty years between the Luas and the DART and other road and rail initiatives, paid for by us taxpayers, it is clear that we have got an extremely bad deal. The recent ‘election’ announcement by the government of a much-reduced Metro North, which would not operate until 2027, is scarcely believable, but is anyway totally inadequate. The growth of business and population in Fingal could well have doubled by 2027, but Fine Gael want to cut the capacity of the Metro by 40%, all for the sake of €460 million over ten years.

Doublecross and Downgrade
Remember, Fine Gael broke their firm promise to deliver the Metro in the last election. At that time Metro North had a comprehensive business analysis, planning permission and a Railway Order, with a capacity of 20,000 passengers per hour. Metro North was ready to START. Fine Gael now want to downsize the trains and stations and DECREASE passengers numbers to 12,000, but long-finger it until 2027.It makes no economic or social sense whatever

We Need the LUAS or the METRO
Dublin as a capital city is shamed in not having a rail-link with its Airport, and Swords, the capital of Fingal, the size of many regional cities, badly needs a big capacity rail-connection to our Dublin City Centre EVERY DAY. My Fianna Fáil colleagues in Fingal County Council and I have been extremely active in advocating and pushing for this constantly. But Fine Gael has reneged on the Metro and the citizens of North County. We now get nothing, just more empty promises for the election.

Shelving the DART Underground
The DART Underground is an essential piece of Dublin transport infrastructure which would treble capacity by linking all rail lines in our capital city and would dramatically speed up travel from one side of the city to the other. It would put Dublin rail transport on the map internationally, at long last. Fine Gael has erased it completely now, leaving a big black hole in Dublin transport for many more years.
The Northern Commuter line servicing Donabate, Rush/Lusk, Skerries and Balbriggan needs investment to increase frequency and capacity. The extension of DART services to Balbriggan must form part of our transport infrastructure