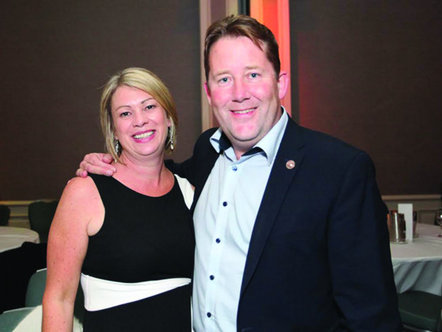 I am one of six children, four sisters and my brother Eoghan who is a County Councillor in Malahide. Mam and Dad are Joan and Padraig and they live in Malahide too. I attended Pope John Paul 11 National School and then the Community School, Pobalscoil Íosa, and had great days at both.
My wife Susan and I have a 10 year-old daughter, Caoilinn, who is  in First Class in St. Oliver Plunket’s National School.

Up until my election to Dáil Éireann in 2007, I worked mainly in the Financial Services, specifically in the Pensions Sector, becoming a Senior Area Manager with Friends First Assurance Company. Now I’m a full-time Public Representative with no other outside interest or jobs.

I love sport and am involved in a number of great clubs throughout the North County, ranging from cricket to GAA to football. I have other great interests too, the main one being history. I am so proud to remember in this decade of commemoration, my grandfather and two great grand-uncles, Robert, Peadar and Eoghan O’Brien who served with distinction in the 1916 Rising, the War of Independence and the tragic Civil War. They were all members of the 4th Battalion, Dublin Brigade of the Old IRA. 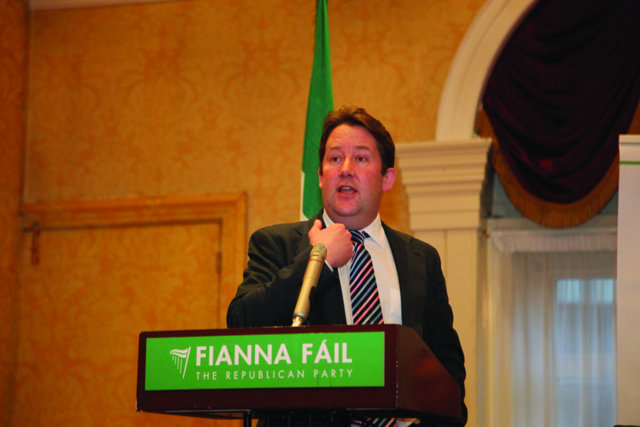 At the core of my political beliefs is a determination to vindicate the rights and expectations of all the citizens of Fingal. Thousands of us as parents, grandparents, educators, health and social service workers, carers, employers, investors, community workers, volunteers in sporting, cultural or community groups, strive to bring all the strands together to create a caring and meaningful community where everybody has their own valued and assured place and role in our society. We are all interconnected and interdependent, each of us with an important role to play for each other. That’s our commitment to each other, accepting our responsibilities and passing on our values and traditions to each succeeding generation, like passing on the Olympic flame.
Right at the centre of our life’s work is respect for all, sharing and spreading the wealth we create to all those who deserve it by right, treating people fairly, and giving maximum equal access to all who need services and due care, promoting the talent and potential of all for our greater good.
For me the rights of individuals, families and communities are the bedrock of a just society, and that’s what attracted me to politics in the first place. I felt I could make a difference with regard to the challenges facing people, and that I could help to shape and implement adequate solutions to those challenges. Neither age nor gender, neither sex nor ethnic origin, neither religious nor political persuasion, can or should be used to prevent citizens from exercising their rights.
Our own personal rights are only strengthened, by our unwavering support for the rights of others.
Fingal is the youngest and most diverse county in Ireland with a population of more than 270,000 according to the 2011 Census, an increase of 14% on the previous census. Fingal has the highest birth rate, and the highest number of young families in the state, and therefore the highest number of working families.  ‘The squeezed middle’ is the working families that have been put under such enormous pressure by taxes, charges, levies and government cutbacks. The priority for me and my party is to relieve the financial burden on working families and support those who are seeking work, as effectively as possible.